After a year of heavy metal football, it has been a memorable one for everyone associated with Liverpool. In the space of 12 months, Liverpool have reached two finals, and are now considered title challengers, all thanks to one man. Jürgen Klopp.

After a poor end to the season in 2014/15 and a horrible start in 2015–16 under Brendan Rodgers there was no way back for him. The club needed something new, fresh and crazy. October 8th 2016, Jürgen Klopp signs for Liverpool and since then, the club has had a complete overhaul and has been on the rise ever since. When Klopp announced himself as ‘The Normal One’ you knew something special was going to happen.

Jürgen Klopp cut short his sabbatical to join Liverpool Football Club. The only club according to him who could have cut his holiday short for. If that does not show the love and passion he has for the club, I don’t know what will. 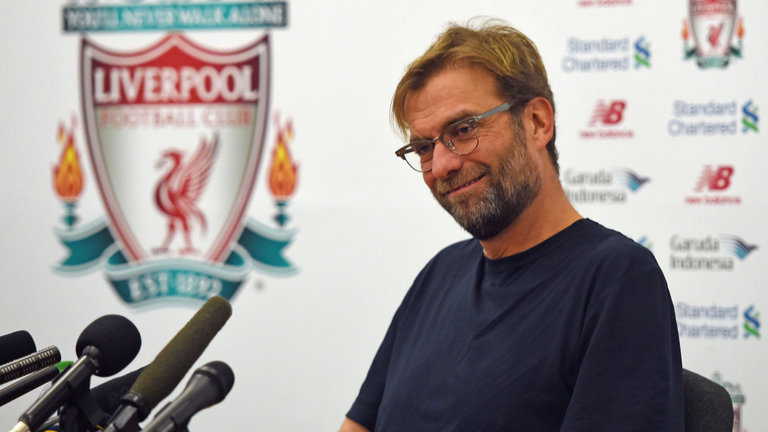 “I liked this club before I came here. It wasn’t a big decision for me. It was the only club that could have broken up my holiday. I had enough offers, I was saying, ‘No, no, sorry, not now…, and then came Liverpool.”

Klopp also bought back some great European nights at Anfield. From waiting for the team bus to arrive to beating Dortmund 4-3 in the dying moments of the game. Some may say it was the players, but for me Jürgen Klopp made those nights possible. Klopp’s Liverpool finished 2016 reaching the Europa League final in May, their first major European final since 2006/07. They also reached the Captial One Cup final. Two finals in Klopp’s first few months is very impressive. Unfortunately not winning them is another story. Maybe this season, luck and quality will be on Klopp’s side. 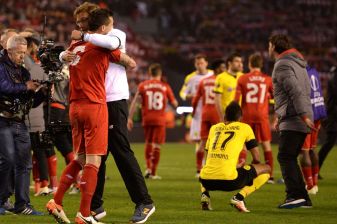 It is fair to say Jürgen Klopp is not in the mood to celebrate his one year anniversary. The boss is more concerned with present and future than the past.

“It’s a year, I’m a year older and all this shit, but everything else is good.”

Much to the liking of Liverpool supporters, Klopp seems to be loving life at Liverpool and looks like he wants to spend a good few years at the club.

“The thing is, I’m not here for a year, I’m here hopefully for the long term,”

8 months later into his reign, Liverpool offer Jürgen Klopp a new long-term contract with them, which will keep him at Anfield until 2022. You see the work Klopp has done and the impact he has made just 8 months into his Liverpool career. To be offered a new long term contract so soon shows the appreciation from the hierarchy at Liverpool. Although tying up Zeljko Buvac and Peter Krawietz was was just as important. The three have worked together at Borrusia Dortmund and FSV Mainz 05 and rekindled their relationship once again at Liverpool. The three wise men hopefully taking Liverpool to glory.

The difference from a year ago is very impressive, but there are still a few blips in this Liverpool team. Losing 2-0 to promoted side Burnley shows there are still a few cracks that need to be fixed, but the positives of the season so far outweigh the negatives massively. Liverpool have played Arsenal and Chelsea away collecting 6 points, they also went to an in form Tottenham at White Hart Lane and came back with a point, in where they deserved all three. Liverpool also went on to beat Champions Leicester convincingly at Anfield. Liverpool have only played 2 home games this season. Remarkable. Klopp is instilled a feeling around the club and amongst the supporters that they could go into any game and not just win the game but thrash any team. 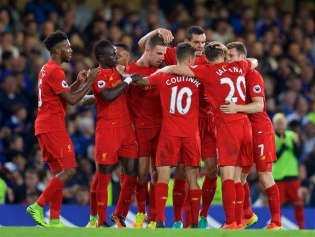 In the year Klopp has been at the club, he has completely transformed some fringe players, who a lot of people thought had their Liverpool careers coming to an end. You look at Joe Allen, Dejan Lovren, Adam Lallana, Jordan Henderson (debatable) and James Milner. Unfortunately Joe Allen was sold on as he was not guaranteed first team football, but his last few months under Klopp were something special. Allen was transformed into a ‘new signing’ if you will. He was a completely different player to when he first signed for the club. Dejan Lovren, the goal against Dortmund speaks for itself. Instant hero and a first choice defender. Something that would not have been said a few months ago. Adam Lallana has also been a revelation under Klopp. His pressing side of the game has completely changed him and is finally becoming the twenty million pound player Liverpool signed. Liverpool’s Player of the Month in September with two goals and two assists. Jordan Henderson. A captain who was not putting in captains performances, was being questioned every single game, fortunately for him is slowly proving his critics wrong and becoming the player Liverpool supporters wanted to see. The goal against Chelsea put him in the good books of the supporters but he needs to continue providing good performances week in week out. With Klopp backing him every step of the way, so should Liverpool supporters. James Milner. Where do you start with Milner? Chucked in at left back by Jürgen Klopp, it will never work right? 8 interceptions. 21 clearances. 12 key passes. 1 assist. 4 goals. Instead of buying a left back, Klopp stuck in a right footed midfielder to do a left backs job, and what a job he has done. Has almost been like a new signing. Always gives his best, very reliable and will always put away a penalty. 100% record at the spot for Milner. Klopp is genius. 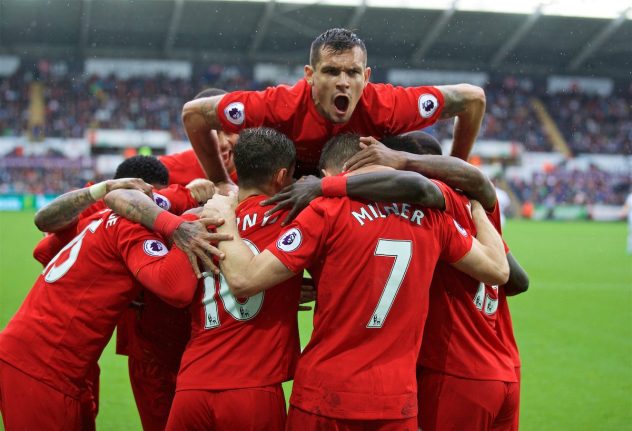 Klopp has also made a good player, even better. Roberto Firmino being the player who has shone under Klopp. 12 goals and 4 assists in his last 20 Premier League games. Firmino is repaying the faith Klopp has put into him. You have to remember Firmino is keeping Sturridge and Origi on the bench. Two strikers who would possibly get into every team in the Premier League. Exciting times as a Liverpool supporter.

James Milner and Roberto Firmino with some strong words on Jürgen Klopp.

“He’s an excellent manager. He’s the best I’ve worked with so far. Working for him is incredible.”

“Klopp is a top manager and he’s definitely one of the best that I have worked with.”

His summer signings put question marks over FSG and their will to spend money, but Klopp coming out and saying the signings were his, who was to argue with that, and why would you. After missing out on Mario Gotze, Sadio Mane was the alternative and what a brilliant alternative he was. Mane has already become a Liverpool hero after his recent performances and goes to show that no one knows more than Klopp. Georginio Wijnaldum has been a brilliant signing, starting every Premier League game and being influential in the middle. Loris Karius, who has started well, but will want to stamp his mark on the number one position with a few more solid performances. Joel Matip. Will be up there with signing of the season alongside Sadio Mane. Klopp brought him to Liverpool on a free transfer and has been solid at the back. A ball playing center half which Liverpool have craved since Daniel Agger. Not forgetting Ragnar Klavan, who when first announced by Liverpool gave the supporters a ‘Who is that?’ moment, has stepped in the team when needed, produced brilliant defensive displays and has a goal to his name. I don’t know how he does it, but Klopp has a way of finding hidden talents, and making them fan favourites.

LIVERPOOL, ENGLAND – JULY 12: (THE SUN OUT, THE SUN ON SUNDAY OUT) Jurgen Klopp manager of Liverpool with Sadio Mane during a training session at Melwood Training Ground on July 12, 2016 in Liverpool, England. (Photo by John Powell/Liverpool FC via Getty Images) 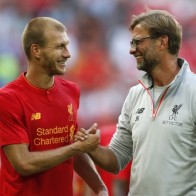 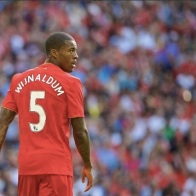 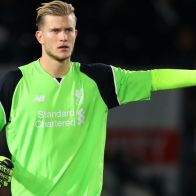 Jürgen Klopp has no doubt injected positivity in the club and will certainly make the Liverpool supporters believe again. Believe that anything is possible and that silverware is upon the horizon. It may be early in the season but after a very strong start to the season, Liverpool will have one eye on the Premier League trophy. Klopp will make sure that the players and supporters do not get ahead of themselves, but even he knows this group of players can achieve something special together. Lets hope tis the season to be jolly tra la la la la. 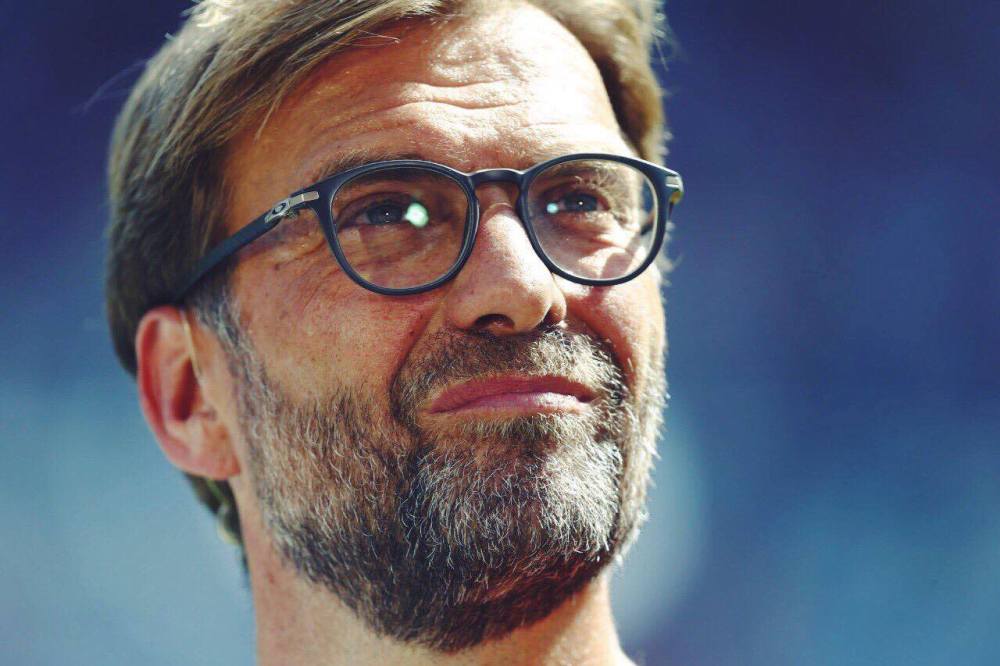 Although it is one year later, in truth, it is only just the beginning of the Jürgen Klopp era.

Next up Manchester United and Jose Mourinho at Anfield.